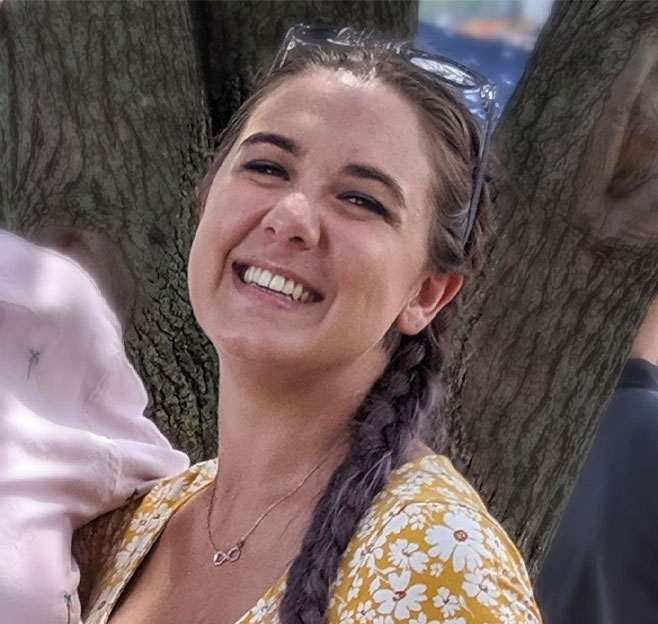 Gabrielle Lory is currently earning her doctorate in Sociology. Before coming to West Virginia, she attended the University of Georgia where she obtained her BA in Sociology and her MA from Georgia Southern University in Criminology. While Gabrielle was at Georgia Southern, she worked with Dr. Laura Agnich to examine the perceptions of safety and harassment among LGBTQ students on a rural, southeastern campus using in-depth qualitative interviews. She completed her Master’s thesis in 2018, exploring the applicability of alternative sentences on violent crimes, and plans to expand this research for her dissertation. Her paper, “The Role of Shame: A Creative Look at Justice” can be found and downloaded here.

Her research interests include violence against women, rural crime, alternative sentencing, victim resources and marginalized populations. Personal experiences placed Gabrielle on a path of advocacy as a young woman, and she has been pursuing a variety of opportunities to use her skills ever since.

Gabrielle became certified as a victim advocate at The Teal House in Georgia by responding to numerous sexual assault and domestic violence exams. She has also been certified in Trauma -Informed Response and has attended numerous workshops dedicated to the education of trauma responders. More recently, she has worked directly with her Title IX office to create trainings on the harms of performative allyship and the importance of consent. Her dedication to the improvement of victims’ experiences has continued into her doctoral career, where she served on the prevention team in the Office of Diversity, Equity, and Inclusion and had an article discussing the effects of covid-19 on domestic violence victims published in the American Journal of Criminal Justice, which can be found here.

Some of her work, including her thesis, has been presented at national conferences such as the Academy of Criminal Justice Sciences and The American Society of Criminology (ASC). Her focus on victims’ needs has directed her research towards an emphasis on crime against rural victims. This emphasis has led her to serve as co-editor of The Rural Criminologist, the official newsletter of the ASC’s Division of Rural Criminology.

Besides her tireless pursuit of criminological research and advocacy, Gabrielle attempts to entertain herself outside the role of a student. This includes caring for her four pets, traveling with friends, fitting in as many pride events as possible and fulfilling her duties as a proud aunt of three.

Micky identifies as non-binary, gender-fluid and queer. Born in 1979 in Germany, they started volunteering for non-profits in their teens.

Kohan is a 30-year-old, female to male transgender advocate from Tennessee. He and his service dog Linus make a perfect team.